PRODUCT INNOVATION AND
FULL-SERVICE MANUFACTURING
FOR THE WORLDS BEST ROASTERS. 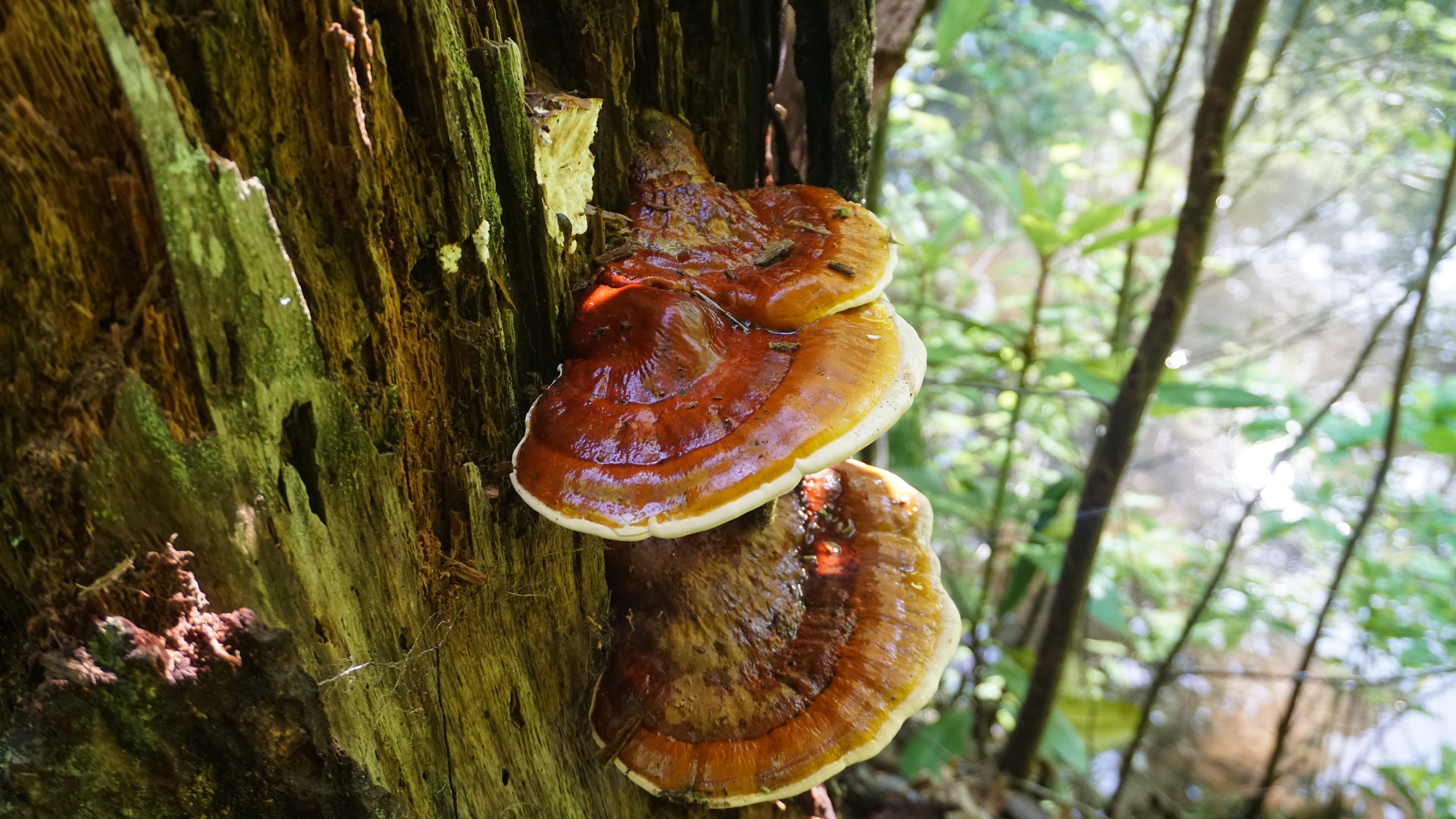 To create a great tasting and coffee focused instant coffee with the additional benefits of functional adaptogens.

I was relatively familiar with the concept of adding mushrooms to a beverage to receive the perceived health benefits. I wasn't sure how different mushrooms would effect the flavour balance of a cup of specialty coffee. We focused first on making a list of popular mushrooms to use in food and beverage and their different benefits for health, both mentally and physically. There are lots of different types and we tasted our way through with mixed results.

For this particular product the customer had been interested in the idea of adding Reishi mushrooms to keep the consumer calm and in control whilst still benefiting from the caffeine hit! Reshi or Ganoderma lingzhi its scientific name, has been taken for thousands of years in the east, with the Chinese calling it "the ancient mushroom of immortality" but the west are just starting to see the benfits as a part of a balanced diet. Mostly people are into the relaxing, calming, stress combating benefits but I found that due to the Selenium Reishi contains it has considerable effect at modulating the immune system. A great thing for all of us in these times. It, like its close relative the more common oyster mushroom contains a large amount of B vitamins and amino acids. When sundried it can also produce considerable amounts of Vitamin D. Harvested and then dried and ground into a fine powder it dissolves well into liquids and has a pleasant slightly earthy and umami flavour that actually complements the flavour characteristics found in coffee.

"Ashwagnadha root is one of the most popular adaptogenic herbs"

We thought this married well with Ashwagandha, or Withania somnifera, which is a perineal shrub in the nightshade family that grows in the dry regions of India. Ashwagnadha root is one of the most popular adaptogenic herbs. Often called the oldest antidepressant in the world! It is believed to have neuro-protective, anti-anxiety and thyroid modulating properties. It has been taken as a way to enhance stamina and support the immune system. It is commonly used in Ayurveda, one of the few systems of medicine developed in accent times that is still widely practiced in modern times. Again, the dried powder dissolves quite well in liquid. The flavour it brings is similar to ginger. An earthy warmth and slight spice that works very well to lift the savory notes of the Reishi and bring back the balance in the cup of coffee.

With the two additions bringing a tasty earthiness and as light citrus zing, I think the end product showcases the coffee well, as well as having the added immune boosting and stress relieving elements.

Back to all posts

New Ground came to be, searching for a sustainable way to extend the shelf-life of freshly roasted coffee. We wanted an exceptional product and an effortless manufacturing experience.

NGT was built with impeccable quality control in the forefront, ensuring that every product we make echos what was first cupped. It’s flexibility enables us to develop new ideas and change things up at the turn of a dial.

Coffee for The New World